Bison, commonly referred to as “buffalo”, sustained the Plains Indian people for many generations. In 1830, there were still an estimated 40-60 million buffalo roaming the Great Plains. By the late 1880’s, this magnificent animal was dangerously close to extinction.

Now, thanks to many ranchers and conservationists, the bison population stands at upwards of 400,000 in North America.

Bison once roamed the plains in numbers so great that early explorers could not count them. They were variously described as: “numbers-numberless,” “the country was one black robe,” and “the plains were black and appeared as if in motion.”

The bison has been called the most important wild animal in the development of North America. They were the center of life to the Plains Indians, providing them with food, clothing, shelter and much of their culture. Bison also sustained the lives of the explorers and settlers who traveled West.

By the late 1800’s, bison were dangerously close to extinction. Through efforts of the early conservationists and ranchers who knew the value of bison, they are now a thriving species. Bison are again a central part of the lives of some Americans and their numbers have increased to over 400,000 in public and private herds in North America.*

Is it buffalo or bison?

The American Buffalo is not a true buffalo. Its closest relatives are the European Bison, or Wisent, and the Canadian Woods Bison. Scientifically, the American Buffalo is named Bison and belongs to the Bovidae family of mammals, as do domestic cattle. The name “buffalo” and “bison” are used interchangeably.*

* Reprinted with permission from the National Bison Association’s brochure Why Eat Bison? 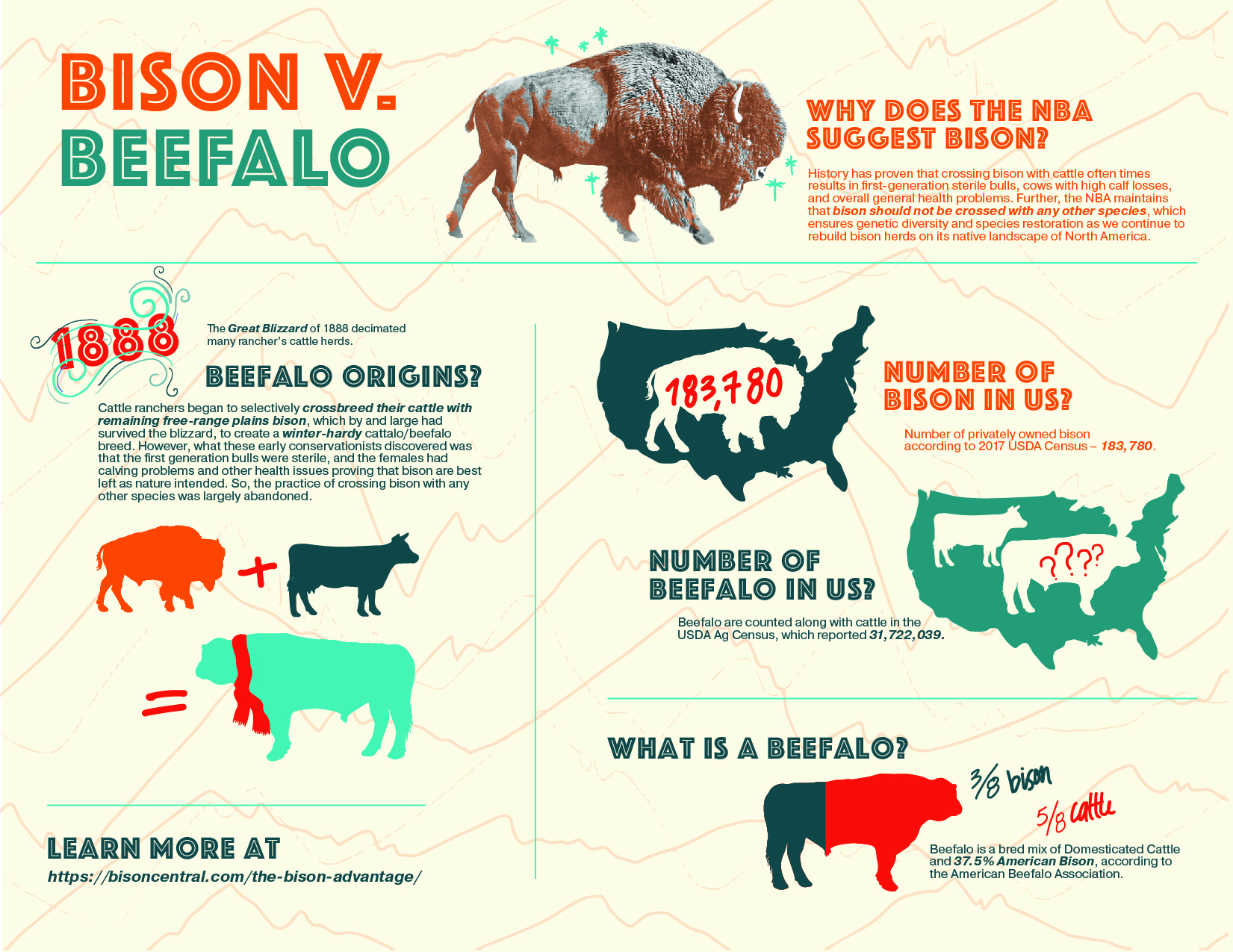